"I refuse to keep quiet": Interview with the creator of the first project on consent in the Republic of Moldova

Every fifth employee in the Republic of Moldova has been harassed at work, according to statistics from 2018. Although, since 2010, this is a punishable offense according to the Criminal Code, reports are rare.

After experiencing harassment, and speaking to friends about it, Ecaterina Verbitcaia did not receive the reaction she would have expected. Together with a team, the young woman from the Republic of Moldova, decided to create a platform through which to talk to young people about consent: what it is, how it can be offered and received. That's how the cires.info project came about.

Ecaterina, what made you launch the platform cires.info? 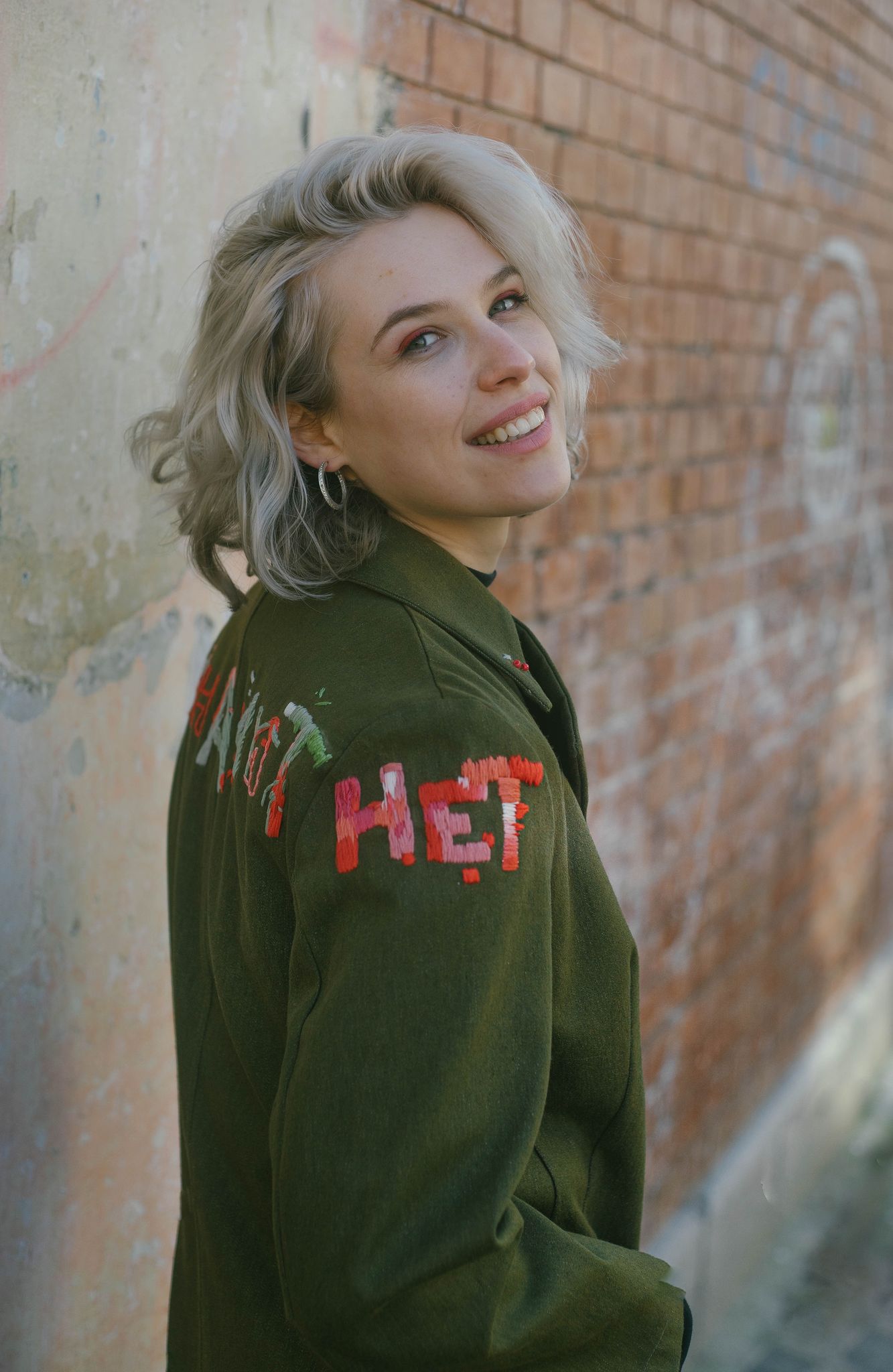 In my case, a certain amount of frustration accumulated, following several events. Like many other women in Moldova and around the world, I was harassed, and each time, if I then told people about what happened, very often I received replies as if it were nothing. Like I was making a fuss out of a small thing. I was shocked to hear this because often I really liked and admired the people who responded in this way. When I realised that they have such discriminatory beliefs, I began to think about why this is so. As a result, I realised it was not just a matter of labeling the person as a bad person. The basic problem is that we have no education on this, we are not talking about consent anywhere. I was lucky to meet people from other countries who are very educated in this regard. I also caught some ideas from them, which now seem to me to be basic human values. Subsequently, I decided to pass on the information I received further, because no one has started an initiative so far, through which to talk about it. So why sit and wait for someone to do this, if I can? That's how the project came about.

How did you develop and grow the project?
The first project idea came after I had a discussion with a young woman. I saw in her social media Stories a poster from a bar. It was simply an A4 piece of paper, with “SEX” written in capital letters and below - “Now that I've caught your attention, I want to talk about consent: you're conscious enough to give your consent, and the person you’re with, are they able to really say "yes" to you? " So, you were told not to pressurise other people and, at the same time, to know that if you need help, you can call someone from the bar staff. I thought the idea was so good that I got excited and wanted to do something similar in Moldova. This Spring I took part in the National Women's Leadership Academy, I participated in two trainings for two days, and they offered the opportunity to sponsor projects related to women's rights. My project was one of the ten winners to receive funding. As I had the idea for a long time, I thought it was the right time to implement it and I started working on it. In the first phase, I just sketched what I wanted to achieve, then I looked for people to join my team - now there are six of us. It also took me by surprise that I am the project manager, although I never set out to do so. I just wanted to convey something that seemed important to me.

Who is this project for?
Firstly, for all people who have gone through harassment and abuse and, secondly, in general, to all young people in the Republic of Moldova.

The site mentions worrying data on harassment and abuse in the Republic of Moldova. In your opinion, is the lack of information a determining factor in this regard?
Yeah sure. There are many factors, but education and information are essential because if man does not have, at the intellectual level, the concept of consent and human rights, he does not have a compass to guide his actions. 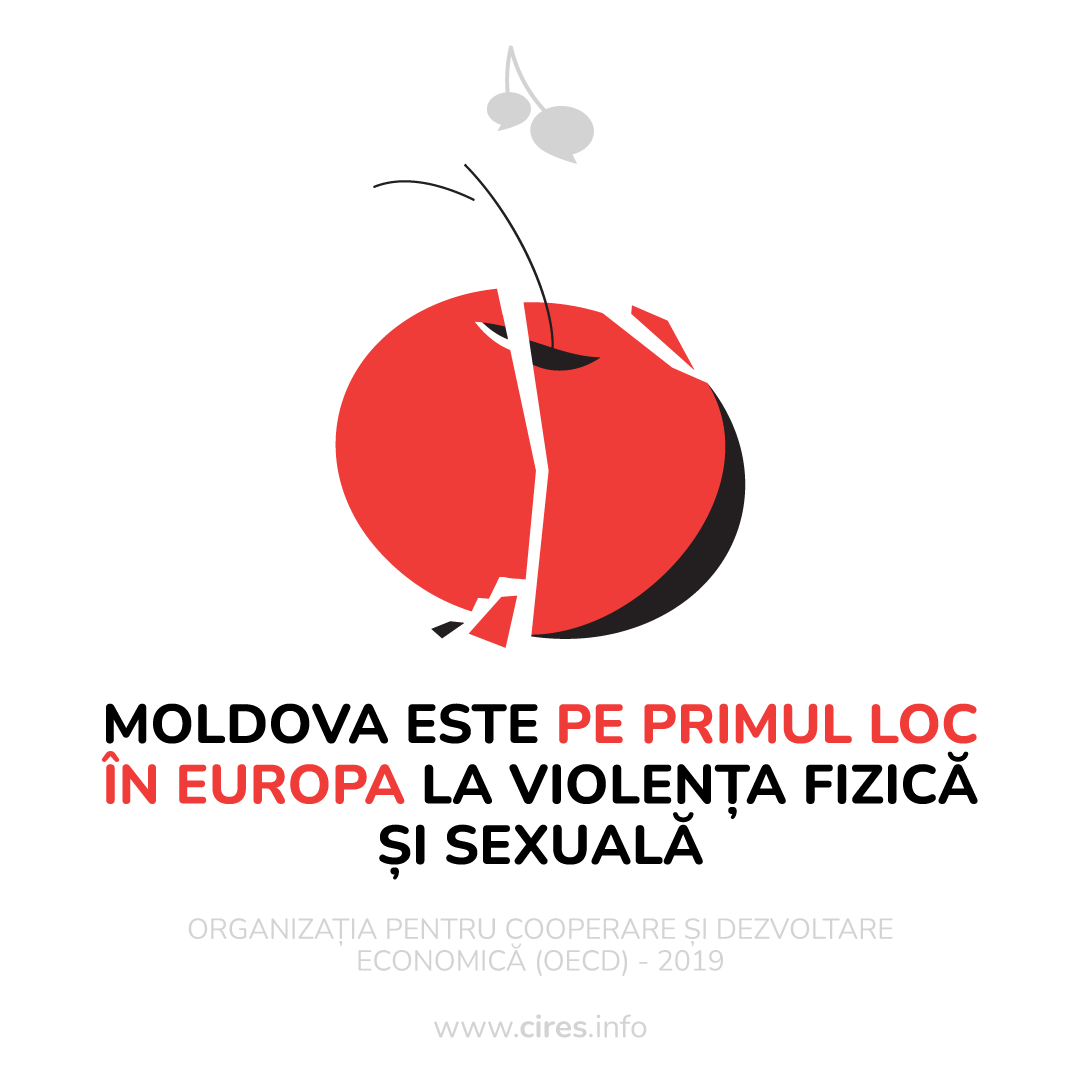 There is also a section on the page where visitors can share their own experiences of harassment or abuse. Why do you think it's important for victims to talk about this?
This topic is taboo in our society, that's clear. We have the feeling that these things are happening somewhere else, only among people from very vulnerable families, and that it doesn’t concern us. The problem seems far away, precisely because people do not approach the subject openly. When I talked about my experiences, I received a lot of negative reactions, and I wouldn’t want other girls to go through that. That's what even good friends used to say to me, and I was amazed at how much stigma there is, that people like me don’t get empathy anymore. For example, some of my friends were harassed and when I talked to them about it they refused to categorize the experience as harassment. They said that maybe they were to blame for walking down the street at night. Because of this, I think it is very important that people who have had such experience speak openly and say very clearly that it is not their fault, that it can happen to anyone and in any condition. There is also the idea that harassment or rape only happens at night, on the street, with a stranger. Figures show that most victims of abuse know their rapists - it can be a family member or a friend. And again, for this reason, it is good to talk about consent in smaller circles – both in public and also with friends or family.
I strongly believe in the power of small changes - if you manage to change the minds of your friends and family, it's already better, and if everyone does that, we will have big changes at the societal level. For some victims, it is helpful to talk about their experience. Some women blame themselves all their lives and do not tell anyone about what happened to them, and this has long-term consequences. The first time I approached the subject on Facebook, a childhood friend wrote to me that she had been abused when she was 18, and after that raped near her home. When she got home, her mother told her that it was her fault, because she walked alone on the street at night. My friend never told anyone about what happened, not even her husband. This remains a strong trauma and, by being hidden, harms the psyche. It is sometimes beneficial to talk publicly about things that happen to us, because that's how we get rid of them.

Then, maybe it would be good to discuss consent much earlier - at school, or even in kindergarten?
Definitely. We are not comfortable with women's rights, but with children's rights - even worse. Children should know that they have the right to private space, that they have the right to bodily autonomy. In an ideal world, this topic would be discussed in kindergarten, including by parents and teachers. The sooner the better. I think we can explain to the children, at their level, some basic things about consent and their body.

Do you also think that men should be involved in discussions? Maybe some people who have acted badly but do not identify as harassers or do not perceive themselves as such and it would be good to explain to them ...
Yes, for this reason we tried to make the project as inclusive as possible from the point of view of gender and write posts not as if only the man were the aggressor and the woman - the victim. I personally know men who have been abused and then I have no moral right to exclude them from this speech. And yes, very often someone acts wrongly not necessarily because he is a monster, but because he never thought that what he was doing was wrong, no one told him how he should behave, there is no signal in the brain to warn you when you reach the limit. Because of this, I think it is important to talk to men (and not only), as people who can be informed and taught to accept new values and conditions of interaction with women. 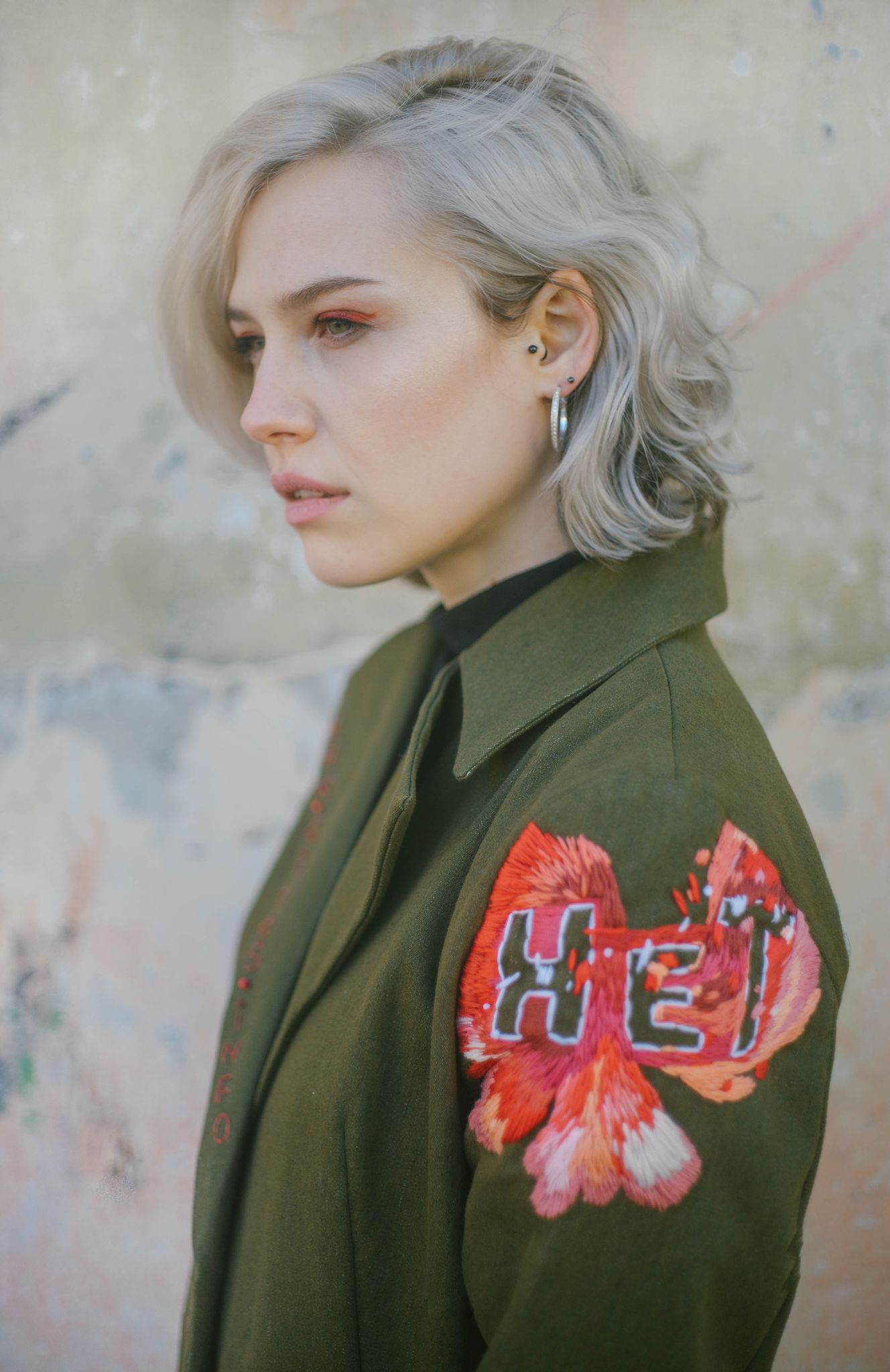 What future plans do you have for the project cires.info?
We launched only a month ago, with the support of the mini-grant program "Moldova Against Discrimination" developed by the Platform for Gender Equality, through Gender-Center in partnership with ERIM, GENDERDOC-M and financed by the European Union, and I hope to continue at the same pace. Maybe in the future we will be able to do trainings in schools and universities, so that all young people can hear about consent. We are present on social networks, on Facebook. Currently, people already interested in this topic subscribe to the page, and those who have completely different interests are exactly the ones who should hear about consent. We aim to reach people who are not at all familiar with such topics. It would be perfect to have such a course included in the school curriculum and I would very much like to contribute to such a change. 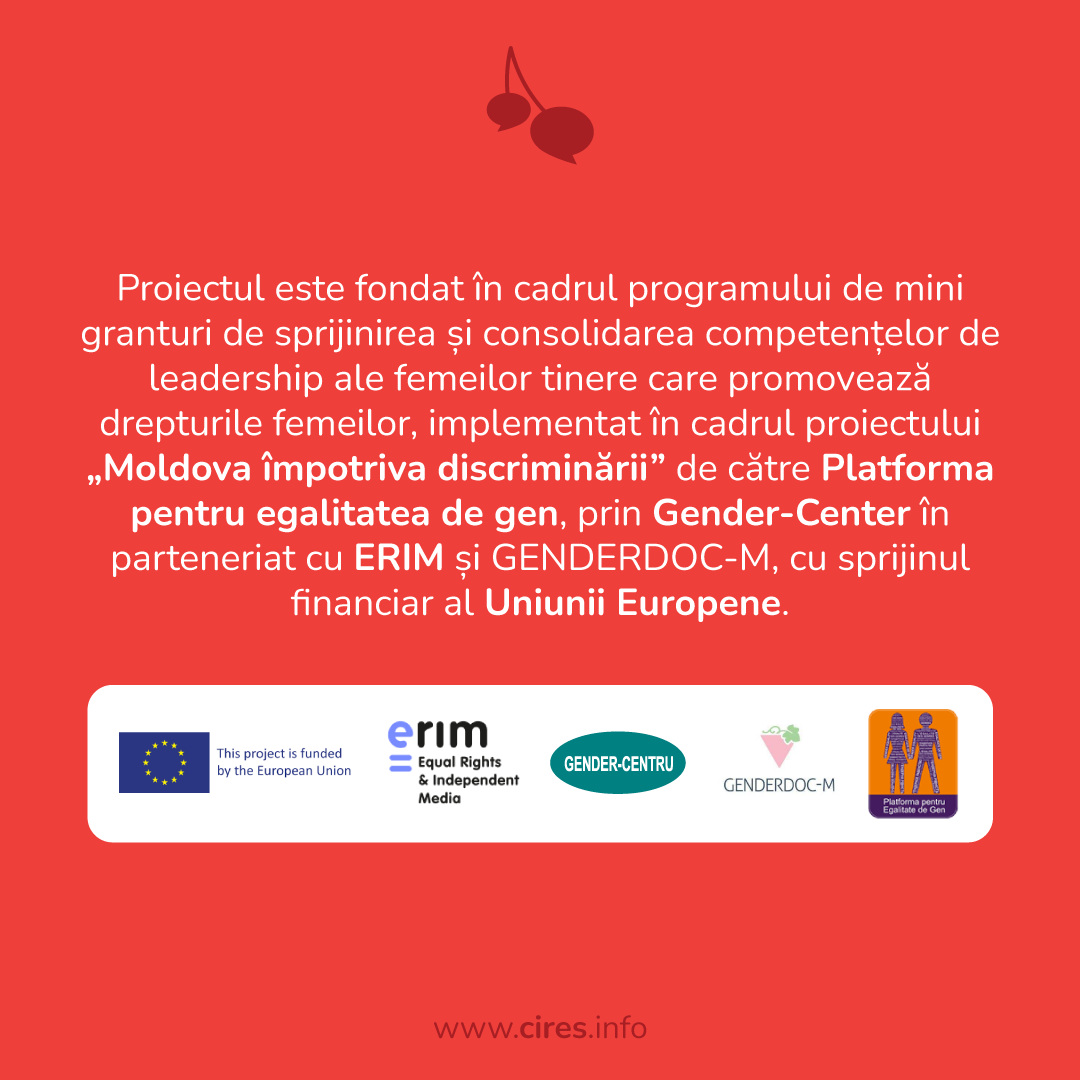 "No matter what happens, girls continue to menstruate." In Moldova, a young woman has started The Red Box Project