“Help Rather than Pretend to Help”: Who Saves Queer People from War in Ukraine

According to the UN, nearly 7.7 million Ukrainians fled their nation due to the Russian invasion. More than half of them were temporarily protected in the EU and the United Kingdom. But until February 24, Ukraine was home to many foreigners forced to leave their home countries. Oppositionists, activists, and anyone fleeing instability or political persecution in neighbouring regions found safe space in Ukraine. With the outbreak of full-scale war, they lost this house as well. One of them, Belarusian queer activist Gleb Kovalsky, told us his story.

I’m a Belarusian artist and activist who, after attending the protests against the dictatorship, faced a high risk of political persecution in my home country. Like many of my friends and colleagues who succeeded in avoiding imprisonment, I had to leave Belarus and move to Kyiv in February 2021, where I was trying to recover and find a new home. And actually, I had been getting good at it until Russia started the full-scale invasion of Ukraine and forced me to leave my home again precisely one year after the first experience of forced emigration.

On 26th February 2022, I crossed the Ukrainian-Polish border and reached Warsaw. All my bank accounts were (and still are being) blocked upon the request of the Security Service of Ukraine because I am a Belarusian passport holder and, therefore, the enemy. My friend bought me a bus ticket from Warsaw to Berlin, and after 31 hours on the road, I finally met with my friends in Berlin and felt relief for a couple of hours before receiving the following bad news.

I was going to flee Kyiv on the very morning of 24th February. I bought the ticket for a bus that was to leave in a couple of hours right after I woke up and discovered something terrible had started. But the bus never arrived. The transporter didn’t answer. Throughout 5 hours of waiting at the crowded central bus station, I talked to a dozen people: it became clear that most of the buses that day were either officially cancelled or didn’t arrive on time or later. Even for those who had their cars, it was almost impossible to leave Kyiv that day due to the horrific traffic jams on the city exits.

Confused, I had just come back home with my packed suitcase and decided to make dinner when I got a message from a friend of mine, a grassroots Belarusian activist who lived in Poland then. She asked me about my whereabouts and offered a seat on an evacuation bus for Belarusian activists who lived in Ukraine. The bus was organized just by her and her girlfriend. It is worth noting that they didn’t belong to any organizations and tried to settle the process independently, not even in Ukraine. Later they managed to evacuate more than 500 people. Besides them, of course, there were also organizations of Belarusians who, in the early days of the Russian invasion of Ukraine, helped Belarusians to flee the war zones. Very soon, they evacuated people of all nationalities and identities because Ukraine’s transport system could not cope with such a massive flow of people. 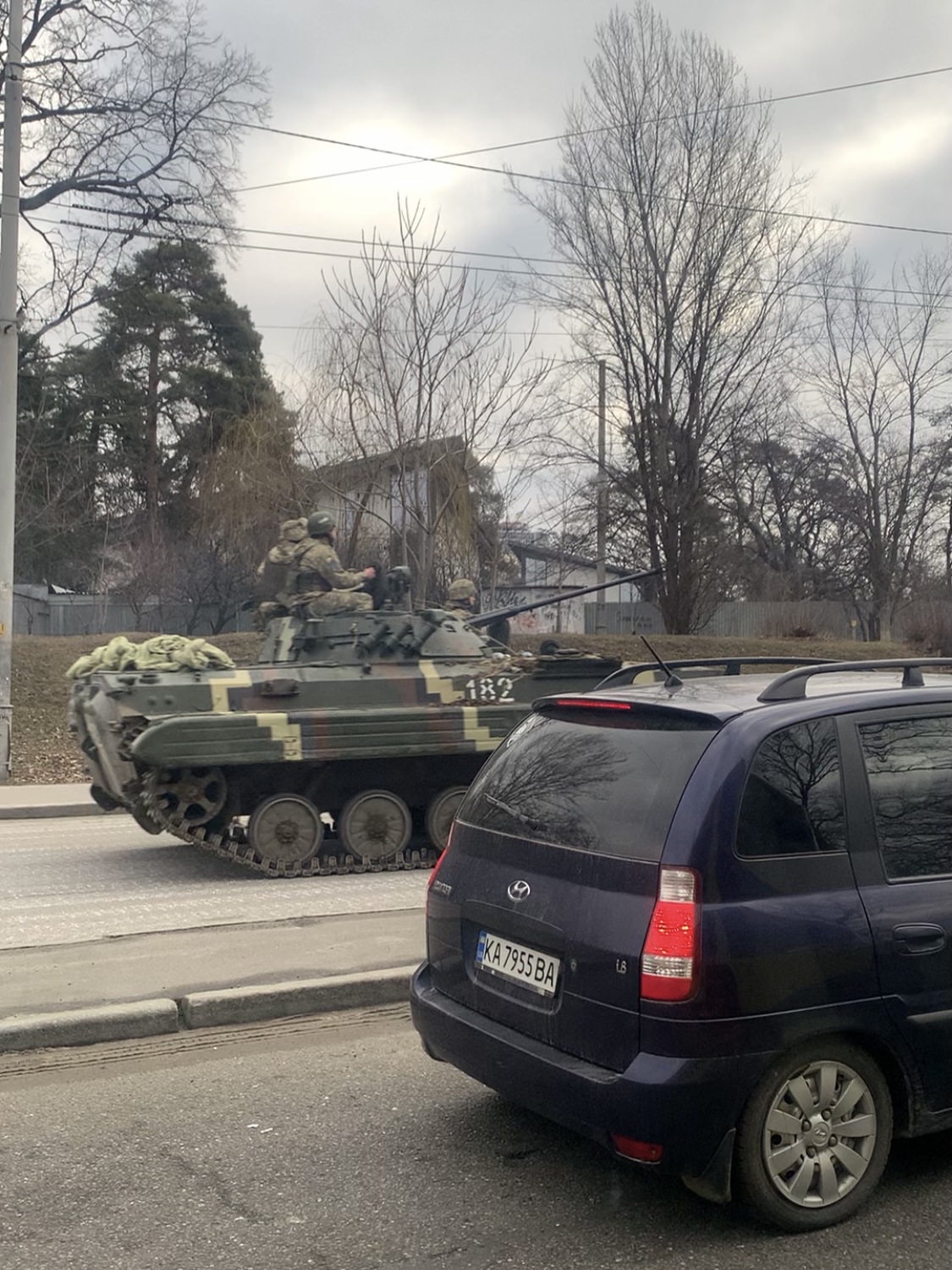 I have been in Berlin for almost nine months now. And all these nine months, I have lived in uncertainty and without clear status. But since February 24th, I’ve had almost anything I needed. And all help I have received in these nine months has not come from the state(s) but from grassroots activists and NGOs. They are concerned about saving people rather than populist statements and pursuing any political ambitions.

A friend helped me to get to Berlin. During my first days in Berlin, I also stayed with friends. Some friendly people found me through the activist network and offered me free private accommodation in a picturesque Berlin place, free of charge. It is the place where I still live today.

At the beginning of this most challenging period of my life, when every day I wake up and fell asleep for a few hours in a panic, several NGOs provided me with emergency financial help. So I didn’t have to consider whether I could afford basic stuff like bed linen for 7 euros on sale at IKEA. Then an extensive human rights organization helped me financially in Berlin for a few more months until I got the scholarship for further work.

And even the long-awaited temporary residence permit was made possible largely thanks to the activists who helped with lawyers, paperwork, and consultations. I didn’t get a residence permit, which people who fled the war from Ukraine usually get, because I have a Belarusian passport. I got something like a work visa for the duration of my year-long artistic residency at a feminist organization in Berlin. I can’t say that my life has changed much: it’s almost impossible to rent a place with my documents officially, and health insurance only covers serious illnesses. At least I can live for some time without expecting to be kicked out of the country any day.

So I know first-hand how NGOs and grassroots initiatives work. I know that most of them help rather than pretend to help. And I would like to give a brief overview of initiatives that have been helping the queer people I know.

UKRAINEPRIDE calls itself “a propatriotic queer movement.” It is the only organization that, apart from helping queer civilians, has been supporting the LGBT military who were at the frontline. Currently, UKRAINEPRIDE is focusing on raising money only for civil queer Ukrainians affected by the war.

You can donate here: https://www.ukrainepride.org/donate

Insight is a Ukrainian public organization that provides a full range of support services for LGBTQ+ people. For the first six months of the full-scale Russian invasion, the organization processed 22 199 applications for direct humanitarian aid, held 758 crisis psychological consultations, sent 225 deliveries with hormones for trans people, helped 312 people with safe spaces in shelters in Ukraine, and provided 7 000 certificates issued in partnership with Airbnb for temporary accommodation in Europe.

There was a huge problem for many trans* individuals to get across the border. They had problems with the documents and incorrect sex in their passports. I know a few trans women personally with male sex in their passports who had to cross the border through the swamps, risking being caught by the border guards or even dying. Fortunately, they are safe now and seek temporary protection in European countries or have already received it.

Cohort was one of the organizations that helped people in such situations to legally and safely cross the border, and assisted trans* people in further actions. Besides that, Cohort has provided places to stay in their shelters and hormones, direct humanitarian aid, and financial support to trans* people.

You can donate here: https://cohort.com.ua/donati/
You can request help here: ngo.cohort@gmail.com

When the whole world rushed to Ukraine’s aid, many activists from Russia and Belarus found themselves trapped in their countries during the events of the iron curtain with no means of subsistence and a real threat to their freedom and lives. Queer Svit was one of the organizations to address the needs of these categories of people and helped Russian and Belarusian citizens to leave the country safely, as well as provided financial support.

You can donate here: https://www.justgiving.com/crowdfunding/queersvit
You can request help here: https://forms.gle/Ah7NwyEuQ7sNsws87

Other organizations you can support are here.

This article was supported by Unit.